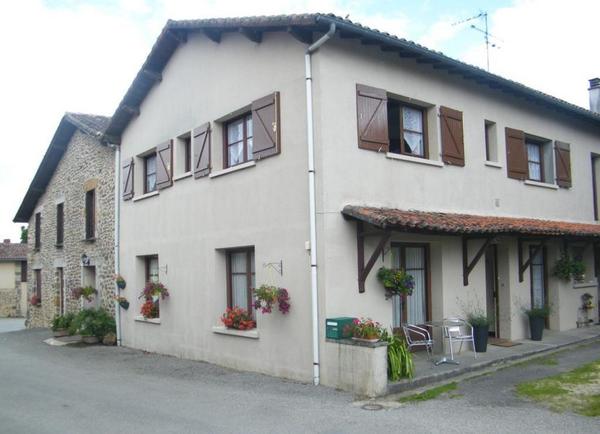 Babaudus was one of several small villages that used to be located in the Charente Departement until the early 19th. Century when administrative reorganisation brought them into the Haute-Vienne. The village was large enough to have its own school (now a childrens holiday centre) as well as a blacksmiths and a bakery. Le Campagnard itself was the local bar and restaurant. The oldest part of the building dates from the late 18th. Century and it was used as a safe house and a weapons store for the local French resistance during World War Two. Right up until the 1960s it remained a popular social venue, owned and run by the same local family for over 100 years.

After some changes of ownership and a period of closure, the new proprietors have undertaken a considerable amount of refurbishment. Le Campagnard has now reopened in 2013 as a Chambres dHotes with a Licensed Restaurant for patrons.

Rochechouart was one of the many castles and fortified towns reconquered by Richard Cur de Lion to regain his Kingdom of Aquitaine after his return from the Crusades, and is just a short drive from Chalus where he was fatally wounded.